A Cultural Eclipse: Remembering the Slave Trade and Abolition by Queen Quet

written by Queen Quet, Chieftess of the Gullah/Geechee Nation (www.QueenQuet.com)

Today marks the International Day for the Remembrance of the Slave Trade and its Abolition which has been recognized across the world since 1997 and becomes that much more significant during this International Decade of People of African Descent.  As I paused to join with others around the world to remember our African ancestors that were kidnapped and enslaved as well as those African and Gullah/Geechee ancestors that fought back on the coast of the Motherland and the coast of what is now the Gullah/Geechee Nation, I was drawn into a reflection of how this week began-with a solar eclipse.

As I spoke during the “Queen’s Roundtable” on historic St. Helena Island, SC in the Gullah/Geechee Nation on yesterday, I mentioned how this eclipse was one that should have shifted our minds into the cultural and spiritual significance of the day.  I spoke of how the clouds came and blocked the sun at the height of the solar eclipse to remind the people of the sun that if they are looking up, look at GOD.  If you want to see the sun, look at each other!  You are the sun!

As I reflected today on the fact that this international day for the remembrance is held on August 23rd, it is because that was the day that our people of the island of Santo Domingo rose up to fight against bondage and enslavement.  When the battle was over, the land was returned to the indigenous name for it-Hayti or Haiti.  I then thought about the energy and power that was called upon and I wondered if the fire of the sun was what fueled the battle that led to freedom.

In the midst of a solar eclipse there is a change in the energy of the atmosphere.  There is somewhat of a calm and then a coolness then darkness before the light returns.  Those that are sensitive to spiritual changes tend to meditate and seek to keep within the positive energies that light brings as a shift takes place.  I am sure that it is not a coincidence that this day of remembrance came after the eclipse in order to insure that we made a shift from those things that bound us to a day of cultural and spiritual freedom as our ancestors did.

I thought of how I stood at the United Nation’s Ark of Return earlier this year when we remember the victims of the TransAtlantic Slave Trade and I thought about how I remember them daily as I walk over Sea Island sand and I look into the eyes of my Gullah/Geechee people.  I can NEVER forget that we are because they were and they are because we are!  Yes, they are within us.  So, how can we forget? 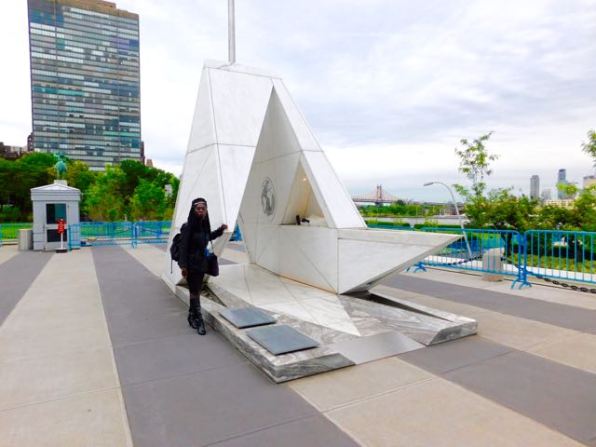 My journey on this day of remembrance began with a message requesting that I do a libation service at a location of disembarkation of our ancestors which I intend to do in September as part of our commemoration of Middle Passage Month in the Gullah/Geechee Nation.  Later as I walked my family compound and appreciated the rice now growing where their hands tilled the soil, I suddenly was reminded that sometimes the African hands were bound by chains.  That sudden memory brought me back to the Atlantic Ocean where we began this month with an ancestral tribute in which I buried chains on the shoreline.   I then stopped to pray that the shackles on the minds of many of the descendants of our ancestors that were the victims of the TransAtlantic Slave Trade would be buried and that we would be cleansed and rise together at a time that people are continuing to attempt to bury ourstory.  It is up to those of us that remember to awaken the others and insure that they are aware and that they too remember so that no one else will be enslaved.  We can rise together as our ancestors that were the abolitionists did!  We must remember that!

May the power that has been infused in our land as things shifted and the sun returned empower us to continue to stand up for freedom!  This will be the truest way in which we can honor our ancestors every day and not just on international days of remembrance.