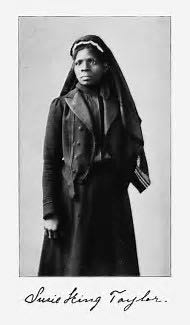 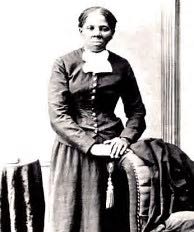 She addresses how Decoration Day began in Charleston, SC on May 1, 1865 as 10,000 Gullah/Geechees of which were 3000 children gathered at the site which is now Hampton Park to decorate the graves of Union soldiers.   On May 30, 1868, the celebration started to be done by soldiers for their fallen comrades at Arlington National Cemetary.  However, few people realize that this celebration was taking place for three years already and that as the commemoration grew, it became known as “Memorial Day.”

The fact that teachers and students were part of the initial Decoration Day would no doubt have warmed the heart of Suzie King Taylor who was an educator that had attended an illegal school for people of African descent as a child and grew up to run schools for her people even during the war.  Her story as the first Black nurse in the United States Army is rarely told just as the work of Harriet Tubman as a nurse and scout during the US Civil War is rarely told.  Queen Quet share these stories and how both will now be honored and memorialized in the Gullah/Geechee Nation on this edition of “Gullah/Geechee Riddim Radio.”  Tune een fa yeddi “Honoring de Ooman Souljah een de Gullah/Geechee Nation fa Decoration Day:” http://tobtr.com/s/10049725