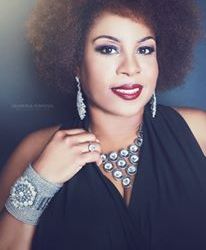 Soul Songstress GwenYvette, who will be the featured artist at this year’s “Gullah/Geechee Nation International Music & Movement Festival™” came to the airwaves of Gullah/Geechee Riddim Radio to discuss her first single, “So in Love.“

Since that interview, she shot and released the music video for the song.  The video was shot in the Beaufort, SC National Landmark Historic District in the Gullah/Geechee Nation.

GwenYvette is currently preparing to hit the stage of Penn Center’s Darrah Hall on July 9th for the “Soul Serenade with GwenYvette and Friends.”  After that, her next stop will be to the stage in Charleston, SC as she headlines as the featured artist for the “Gullah/Geechee Nation International Music & Movement Festival™” which showcases native Gullah/Geechee artist and artisans each year.  At both events, audience members will be able to pick up autographed CDs from St. Helena’s Soul Songstress GwenYvette and they will no doubt be “So in Love” with the new single that they will join us in waiting to hear the release date for the full CD which is entitled “Beyond the Wall.”

Purchase your tickets and family passes now to have a front row seat for the soulful sounds at the “Gullah/Geechee Nation International Music & Movement Festival™:”